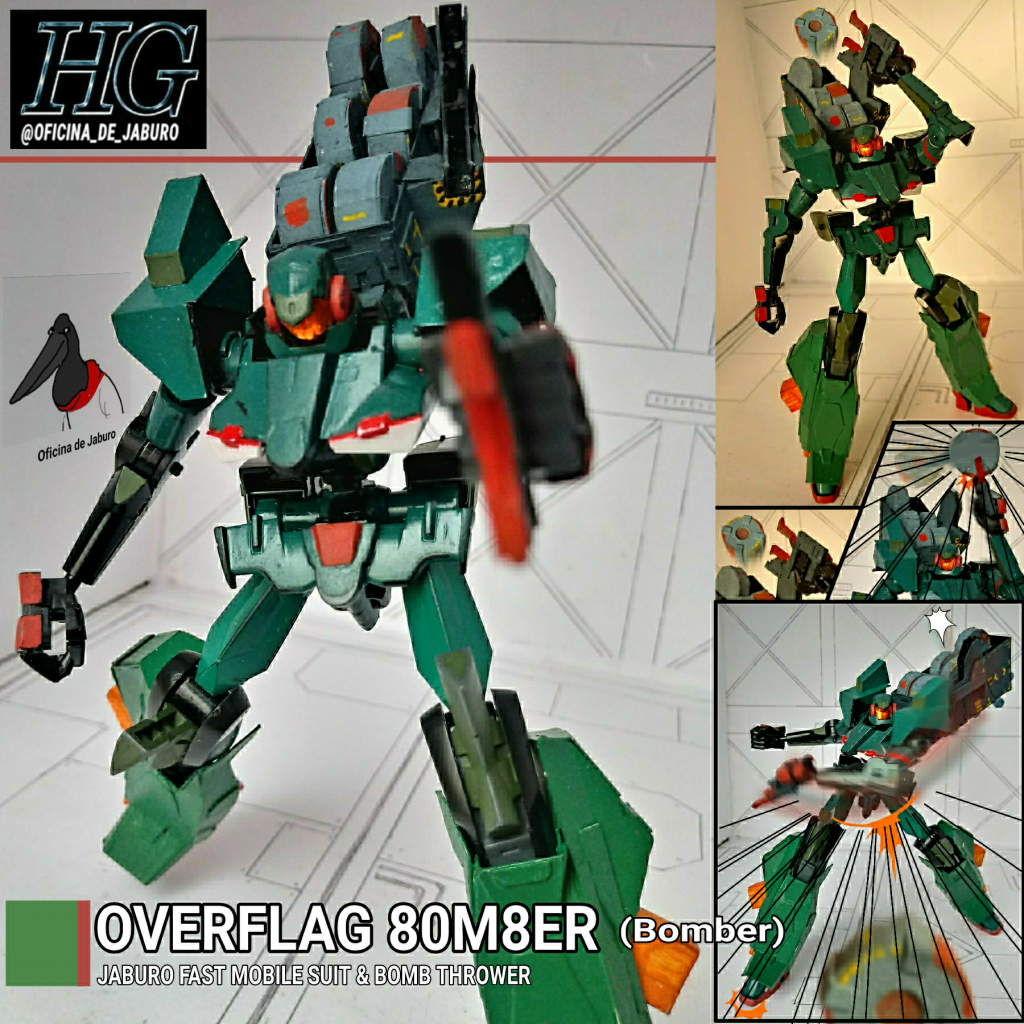 #OverFlag #80M8ER (Bomber)
.
project started on May 5, 2021 for a Brazilian collective, @oficina_de_jaburo, with 2 rules: main color in green, stripe red on left arm
.
Custom painting + new parts, made with kraft paper
– shin guard based on Gundam Duel (Gundam Seed)
– Shoulder my design, I made something lighter, it rotates all the way around, so I can lift his arm, and in the rectangular red part I based the F91 backpack. Above it was extra, it has grounds for the kit nexus (speed)

explaining the MS itself
OverFlag Bomber, he goes into battle using the 3 main thruster (shoulders, hips, legs) to drop bombs.
Bombs are:
– explosives
– EMP (ElectroMagnetic Pulse)
– smoke screen
– drones (it has its own thruster)
– timer (you can leave in one place and leave)

the weapon system:
when choosing the bomb, the arm goes up, and, in the backpack, the bomb ejects. The weapon has a magnetic tweezer, which holds the bomb AND active. So, it’s throwing!

.
I am VERY happy with the result. Whether I point out the flaws or not won’t make them not exist. There is as much failure as learning.
It’s my second custom, the third one is coming soon!
💥💥💥💥💥
Hope you like it!
Comment your opinion or criticism!
💥💥💥💥💥 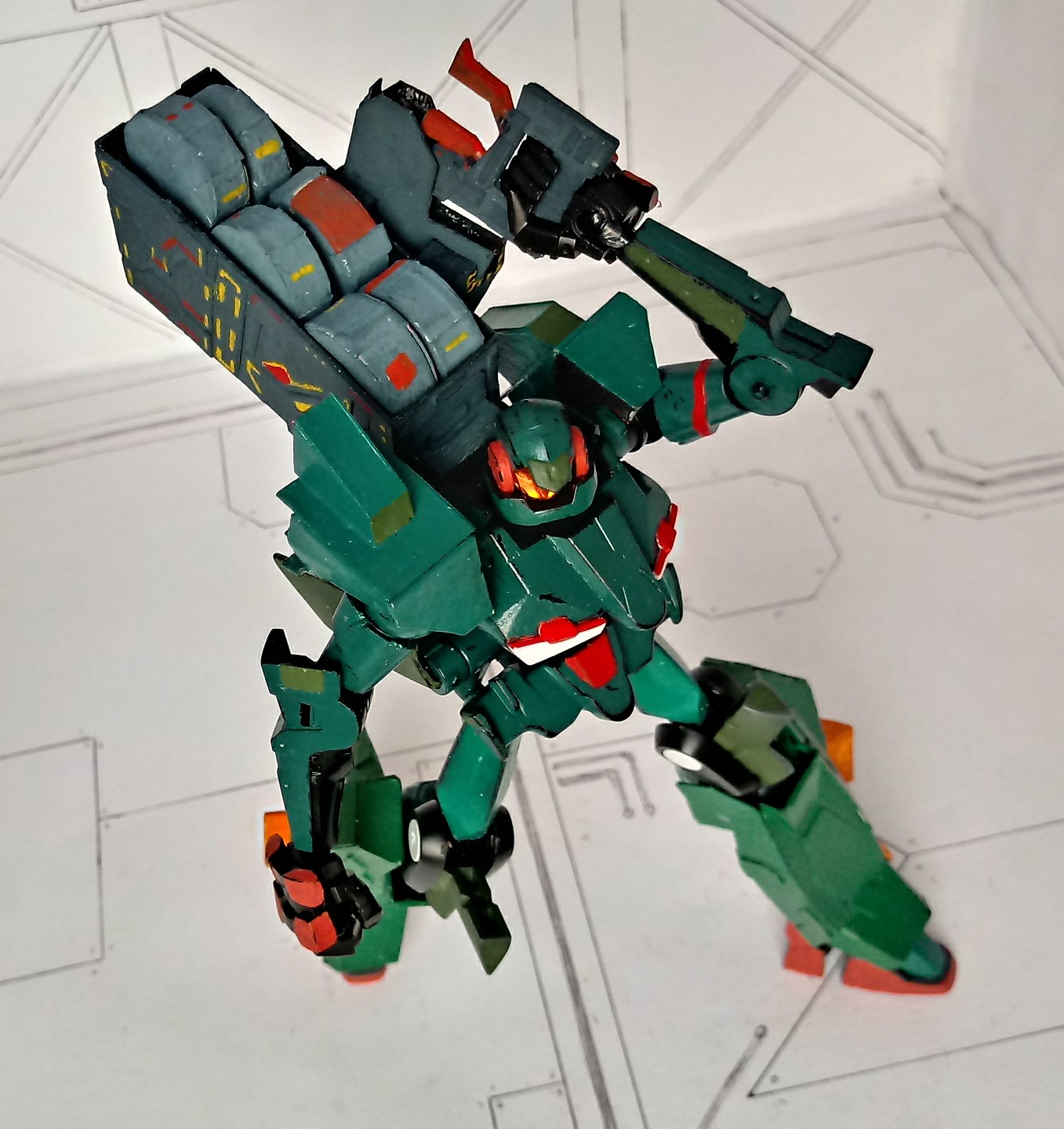 removing the gun from the holster 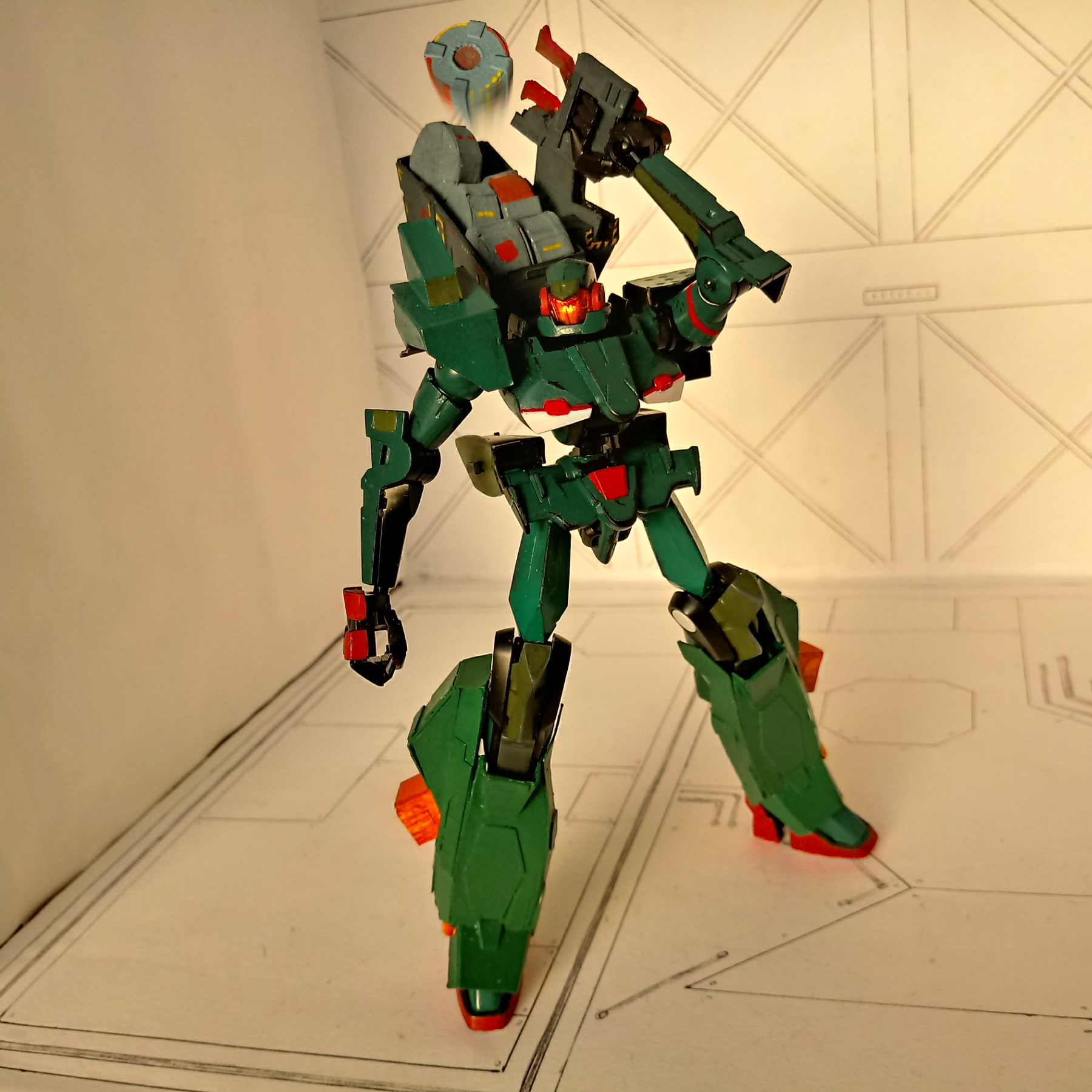 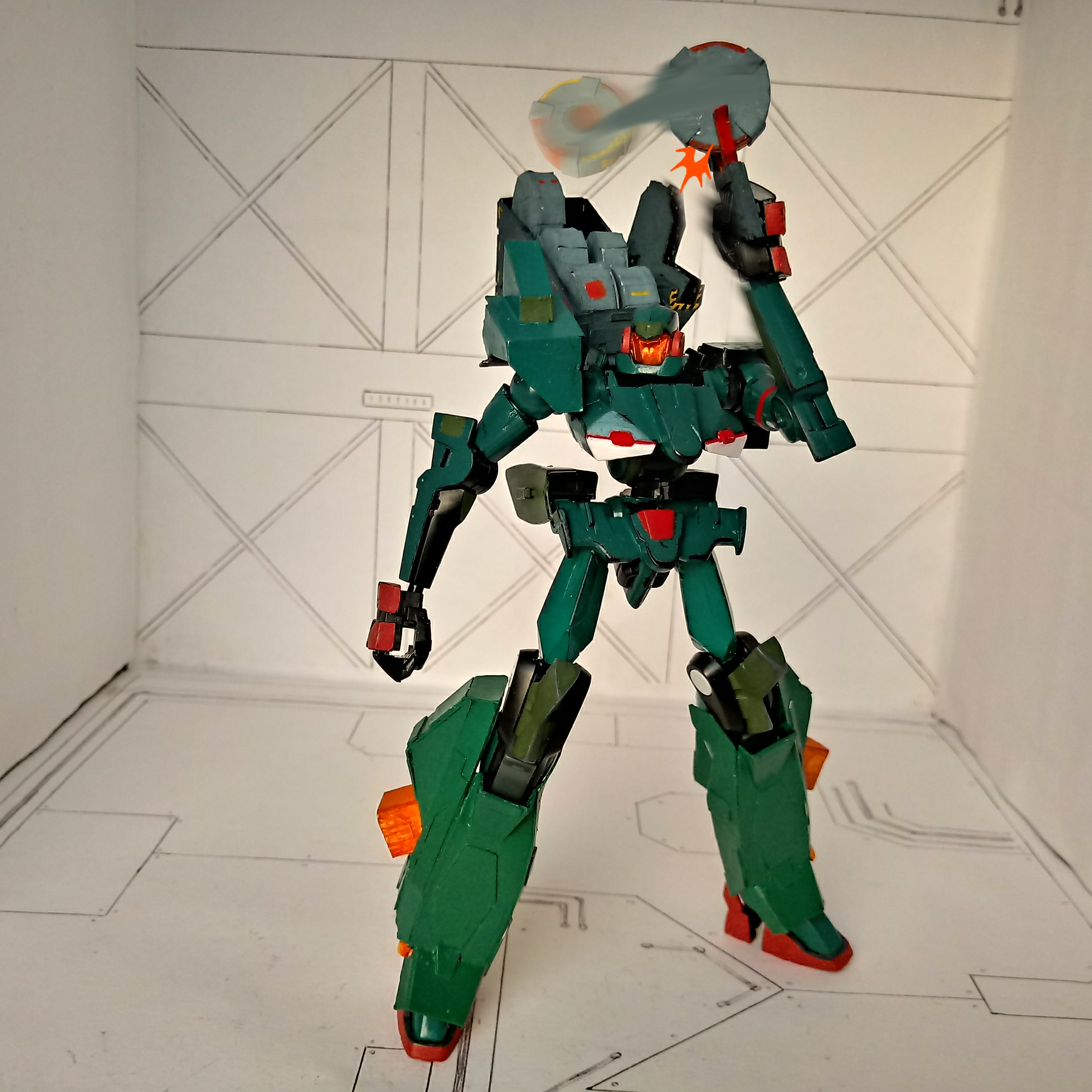 the weapon's magnet pulls the bomb, and activates it 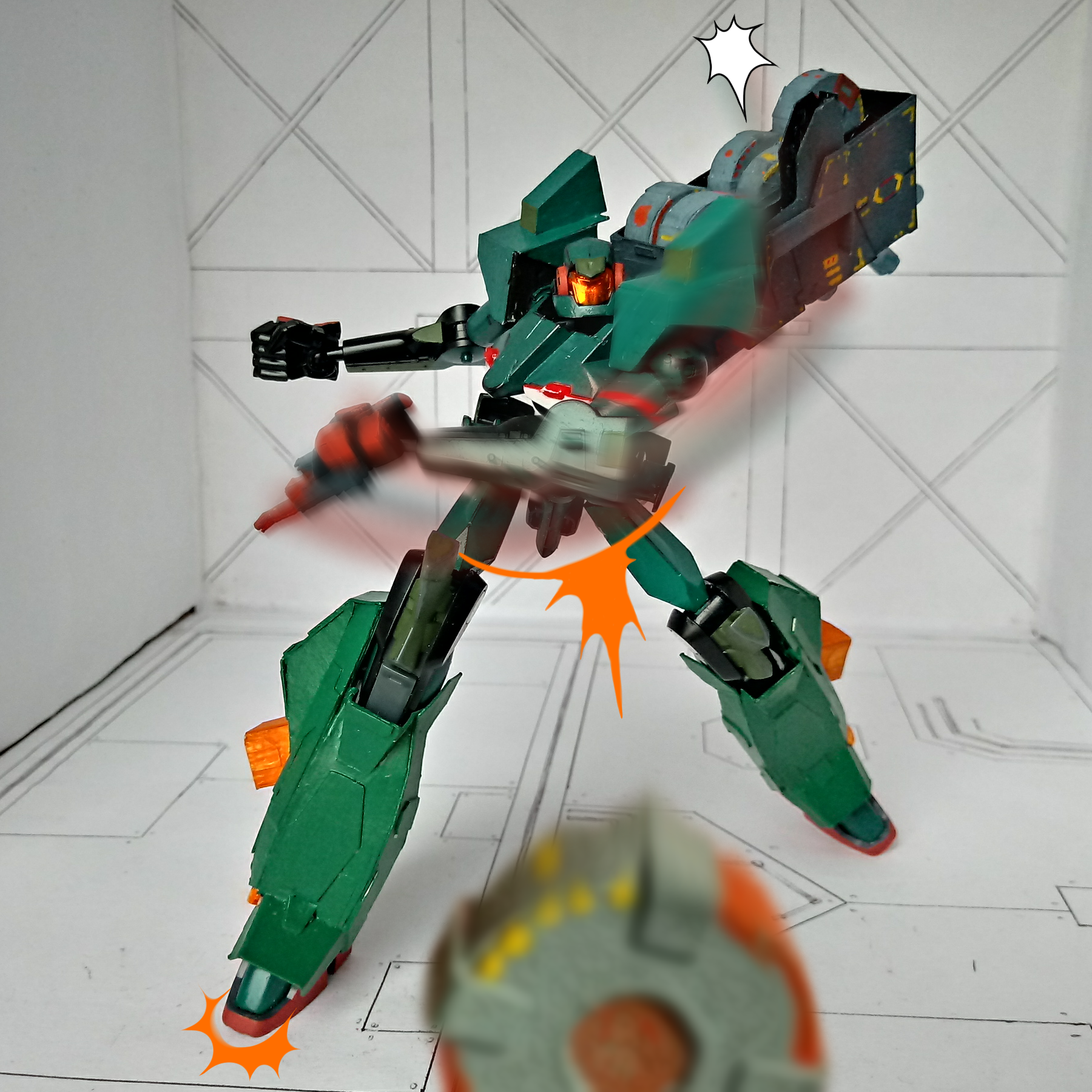 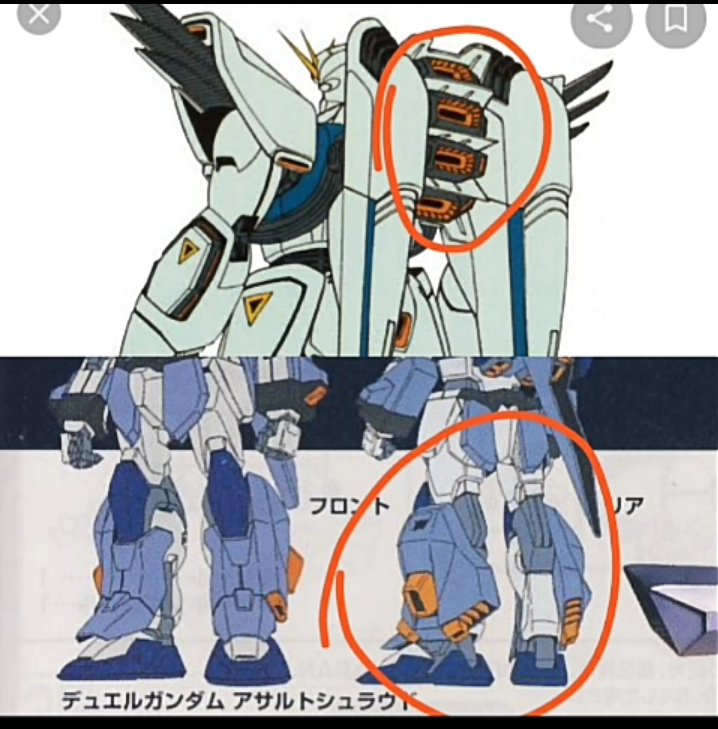 back of shoulder & shin part 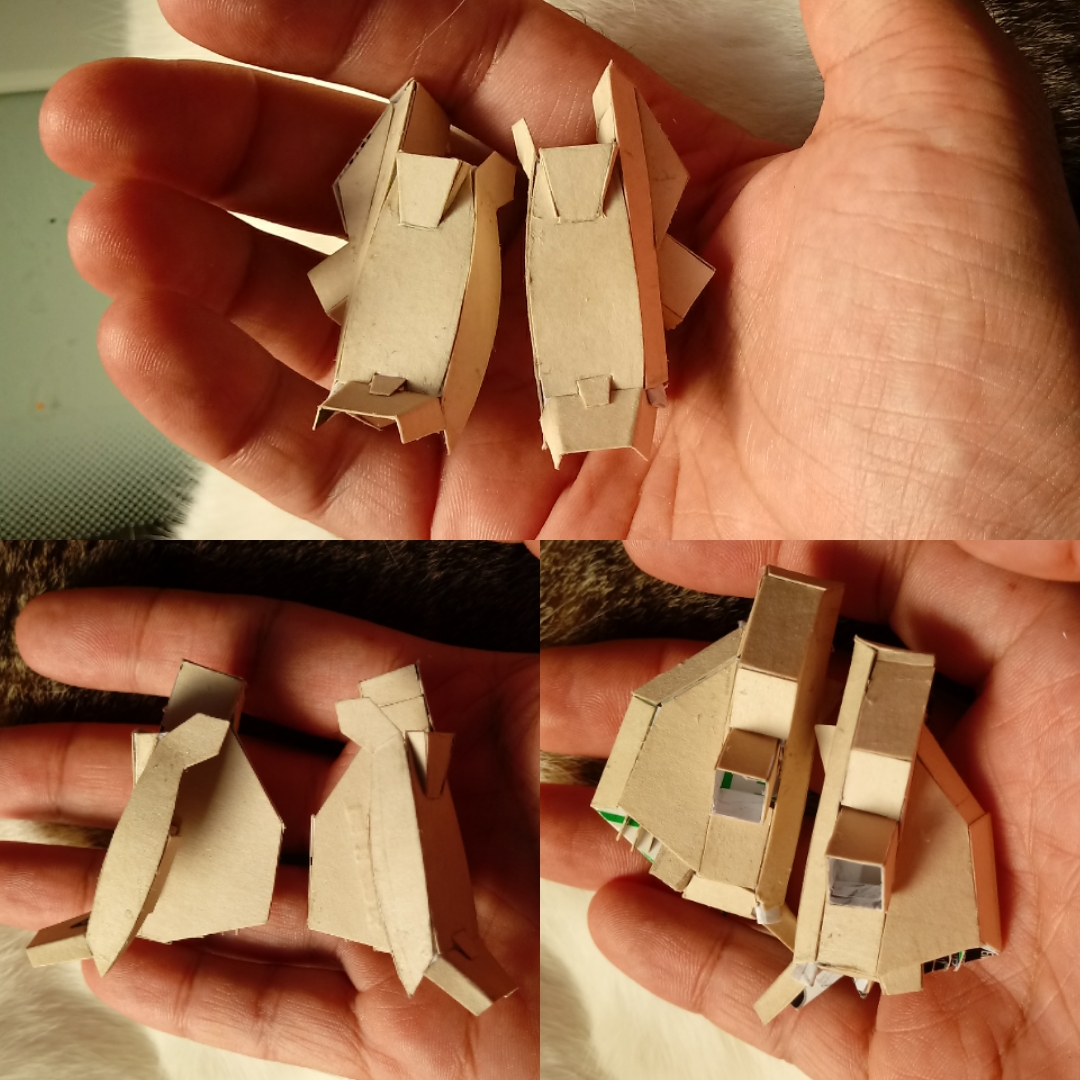 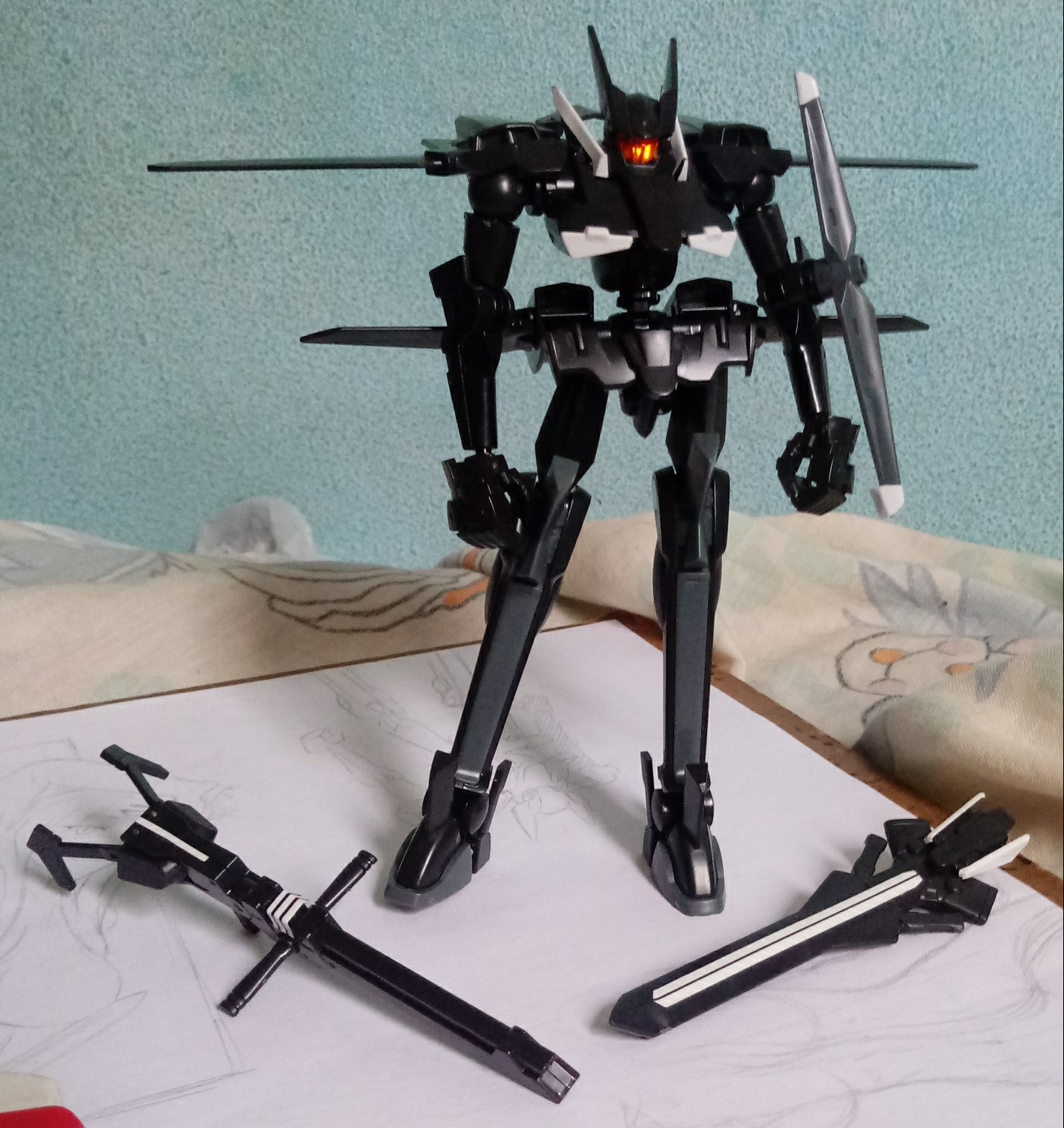 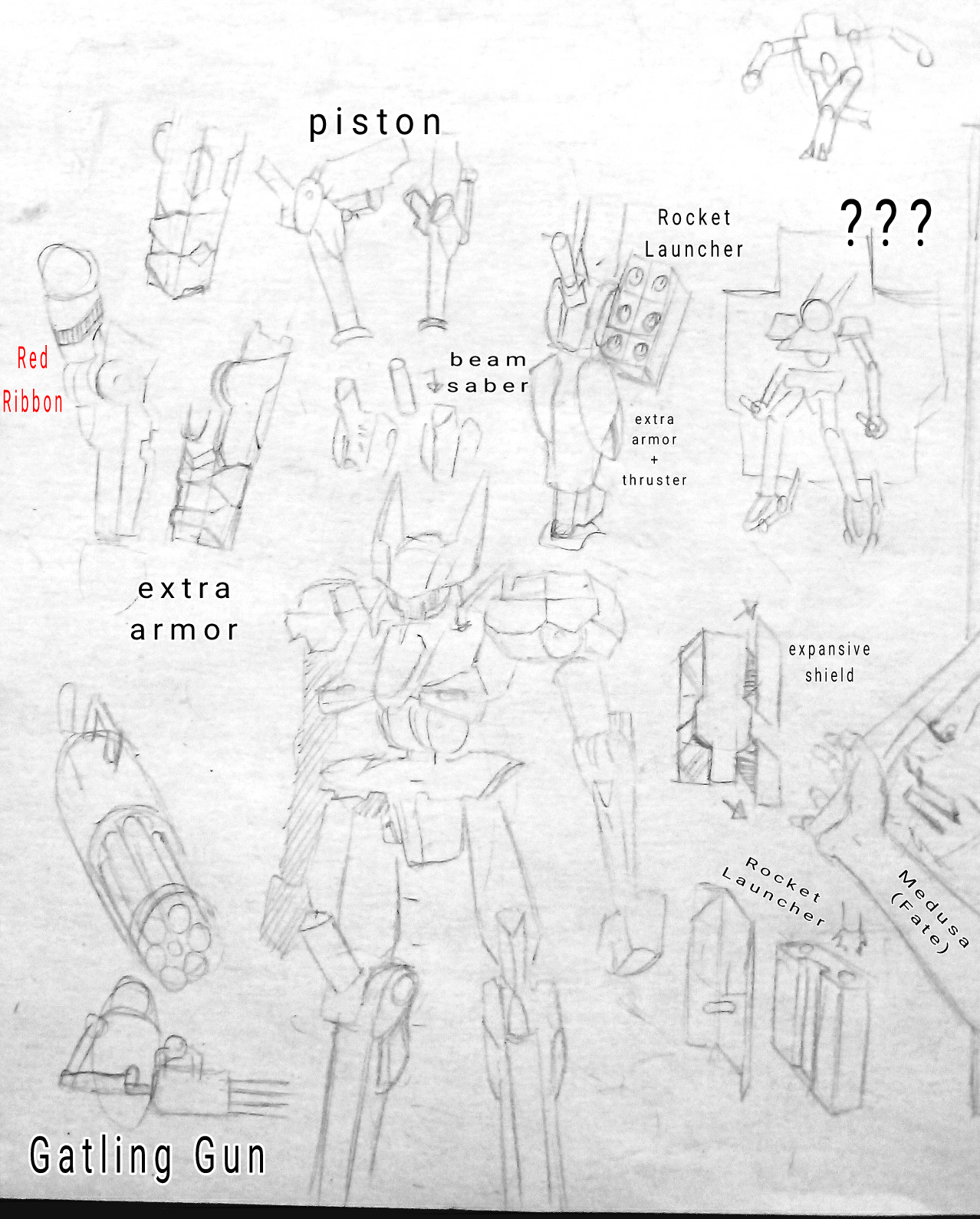 Hi! I'm a Brazilian builder, my profile pic say everything about me: HG is my fav line, Astray Red (Flight Unit) my fav MS, and holding (my scratch work, I love scratch build) Fuuenken, sword from Sol Badguy (Guilty Gear) 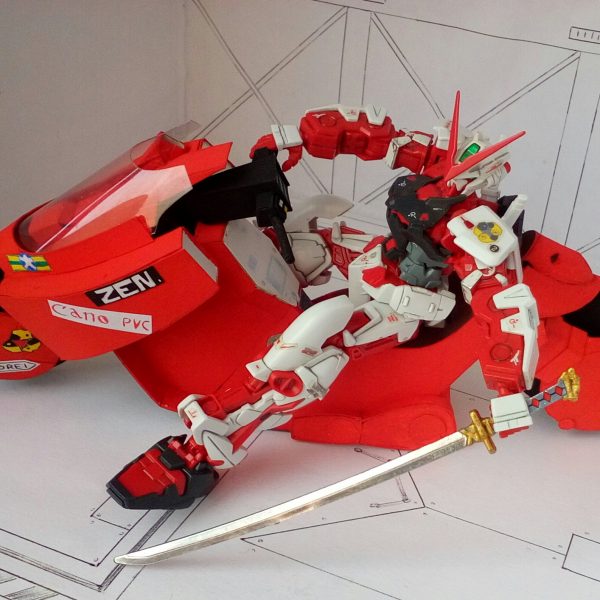 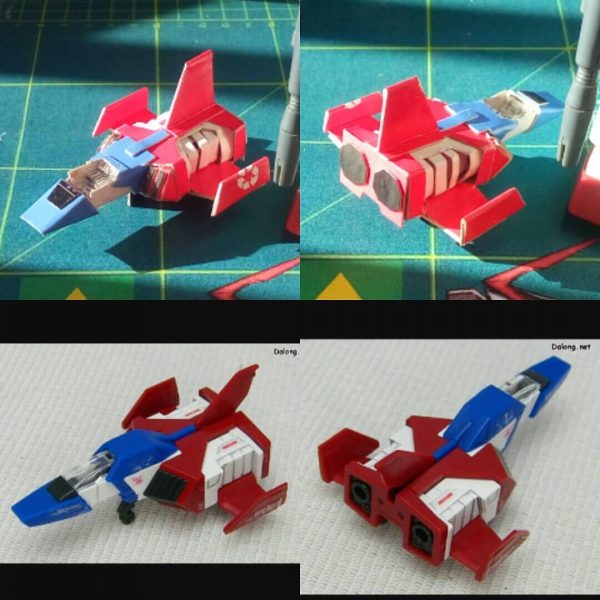 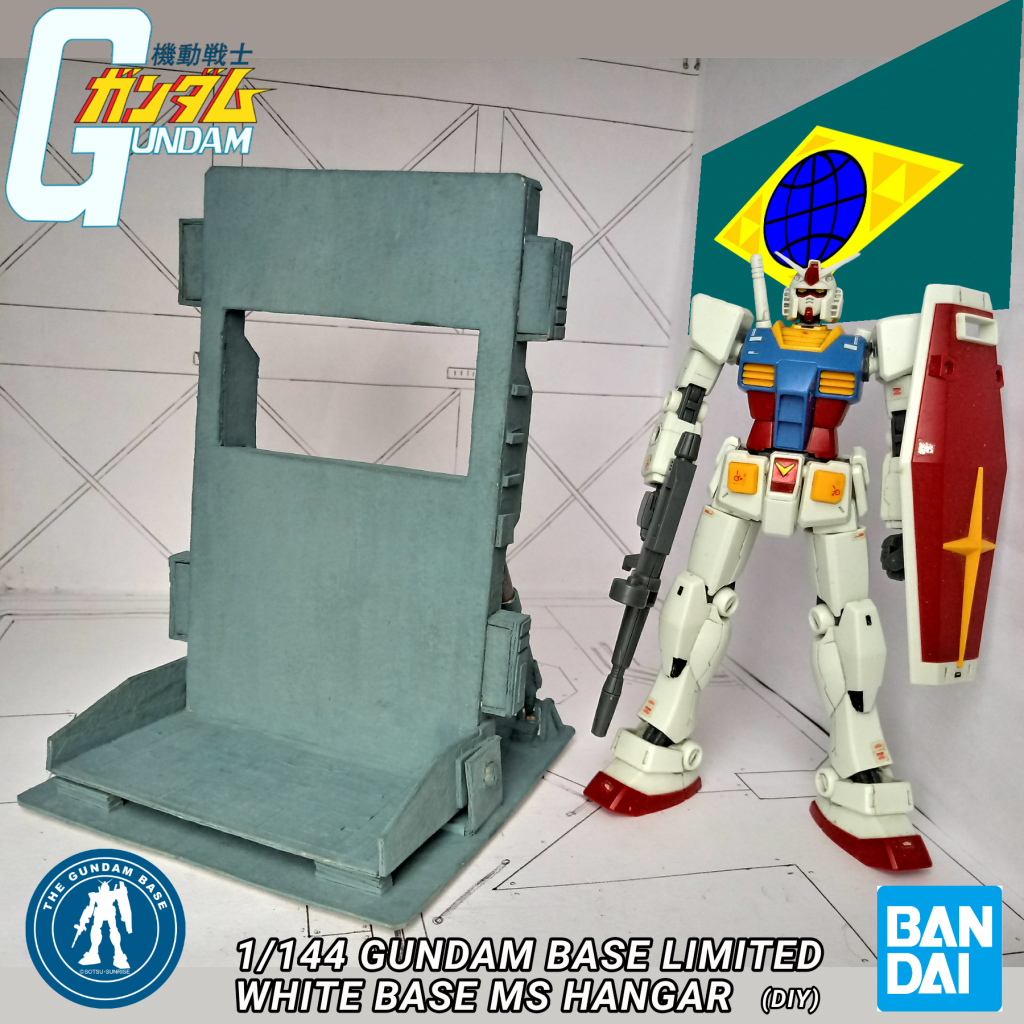 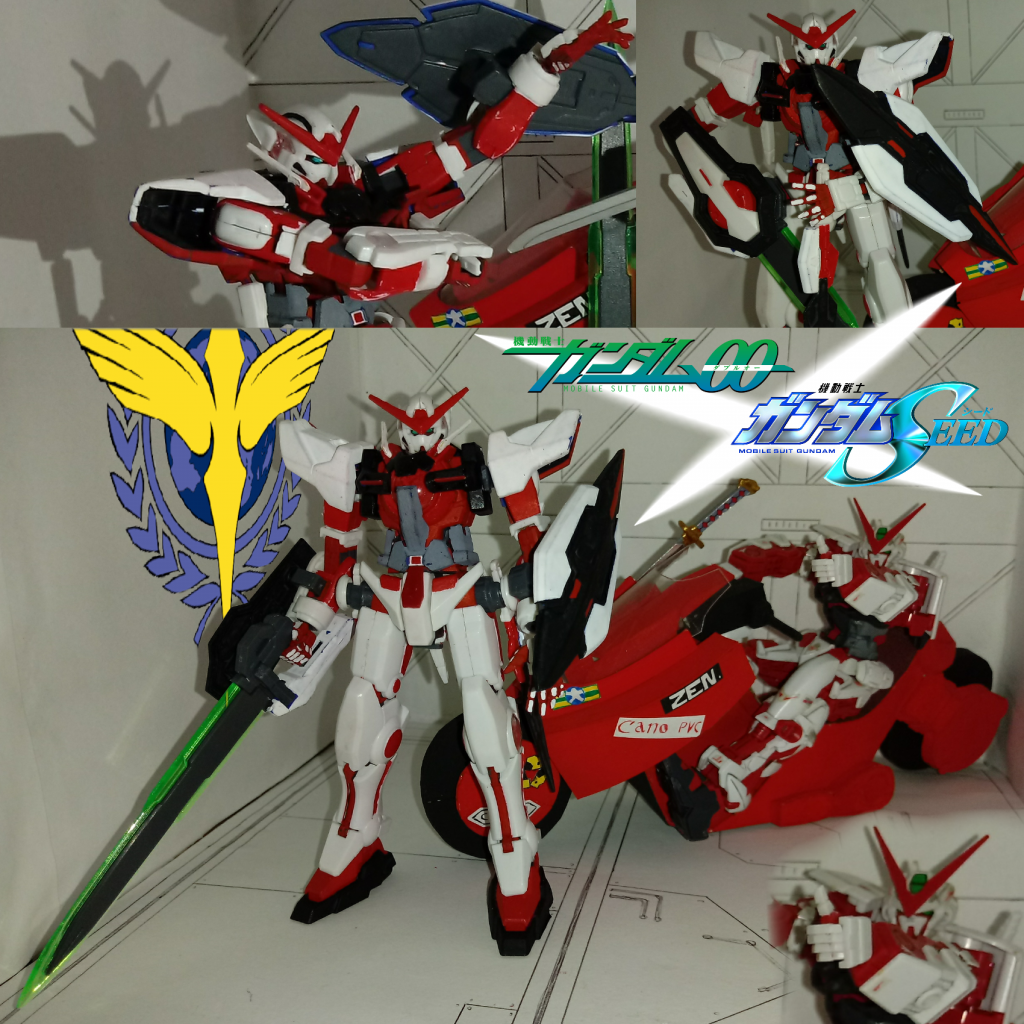 My custom, using Exia Repair I… 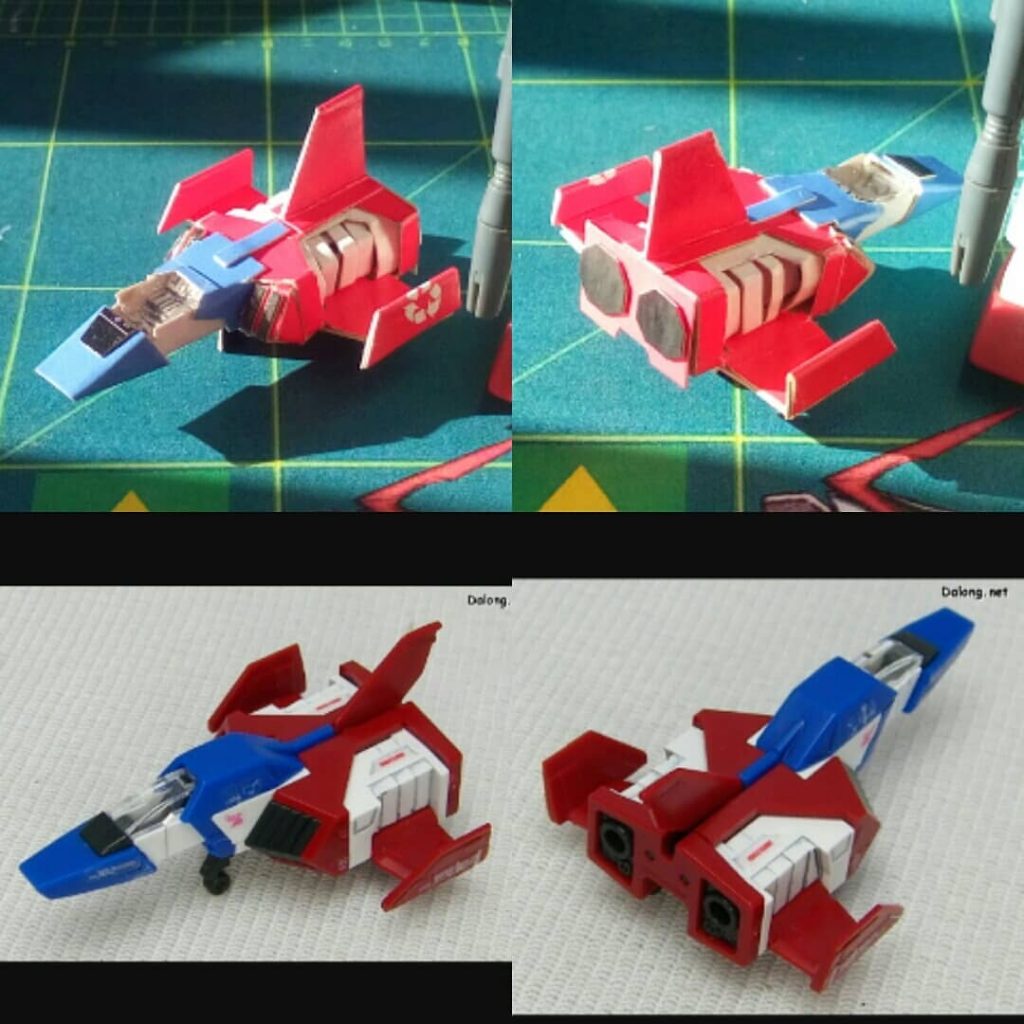 This is my Core Fighter! (DIY … 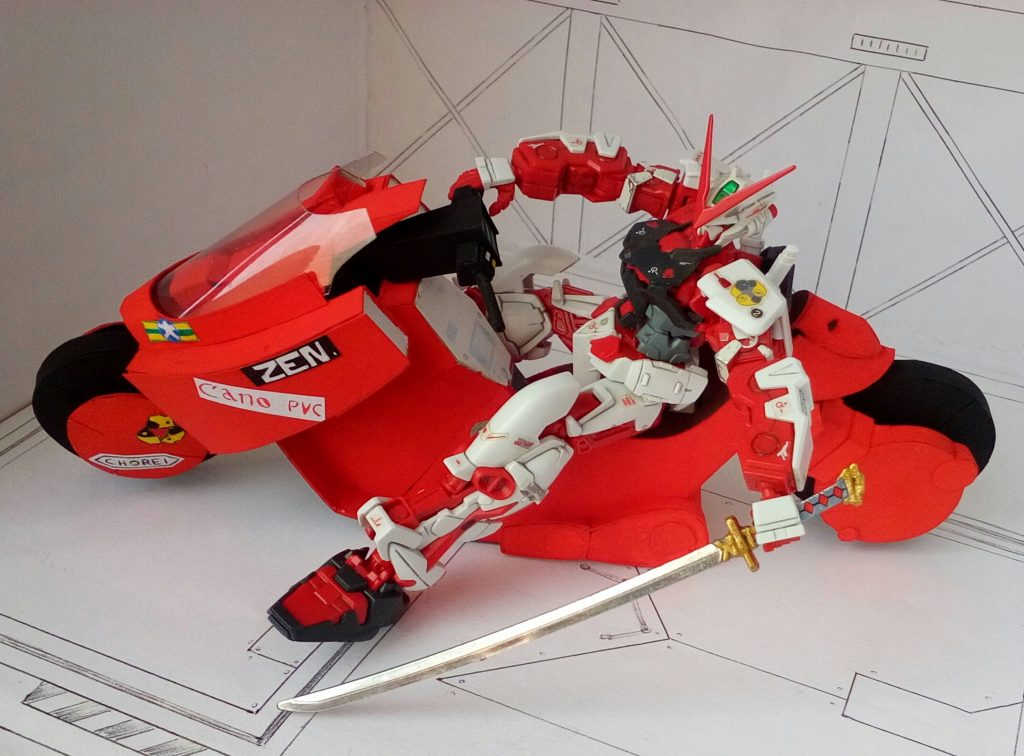 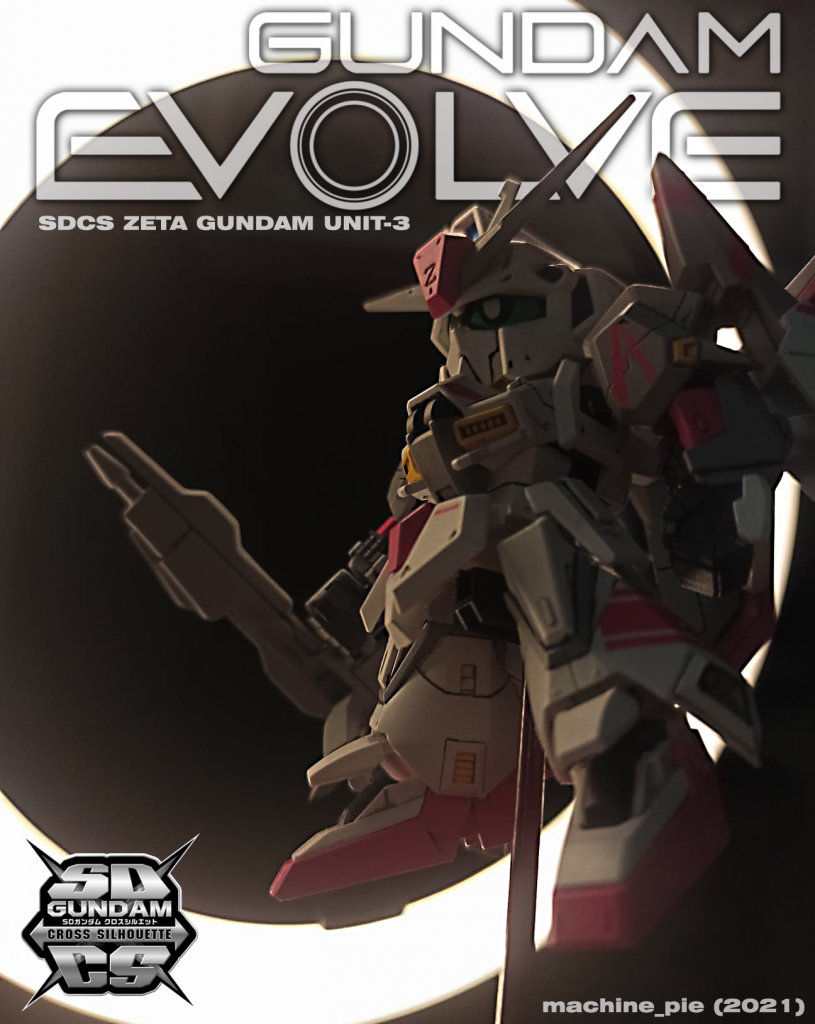 this is my take on sdcs Zeta G…

My custom, using Exia Repair I… 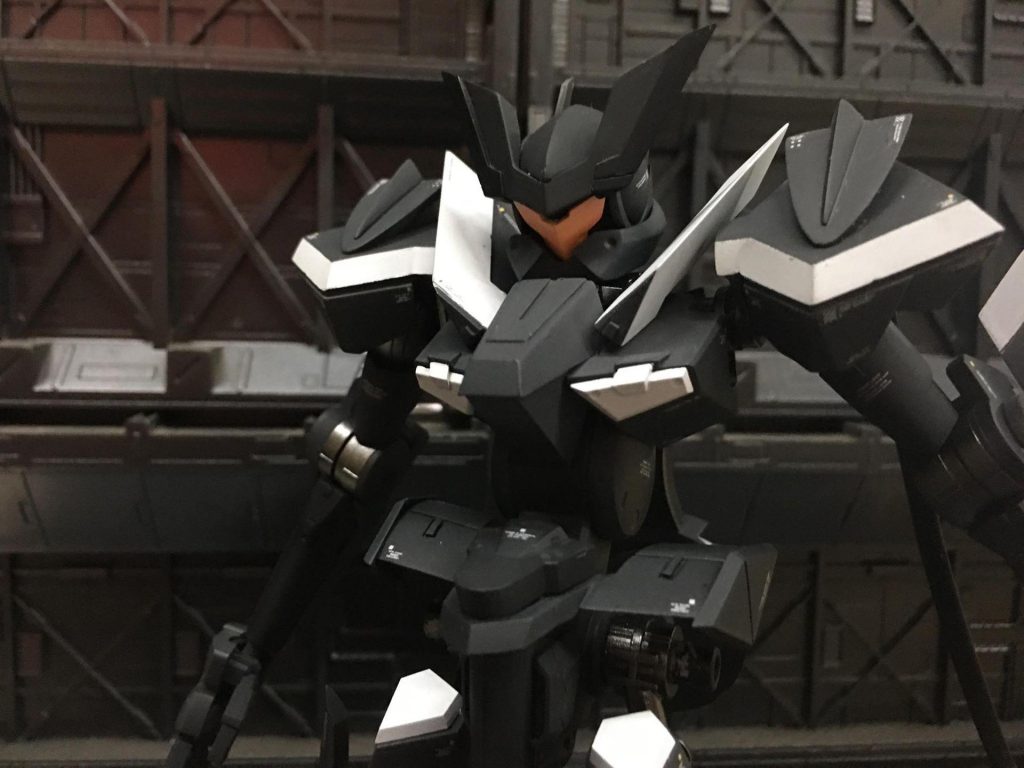